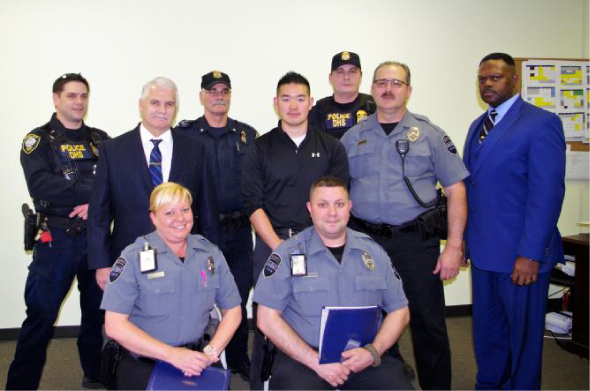 On September 13, 2017, PSO Ashwood and PSO Sloan performed outstandingly during an extremely high pressure situation. The PSO’s received a medical emergency call, on arrival to the parking lot, an unconscious female adult in a vehicle was found. PSO Sloan gained entry into the vehicle; PSO Ashwood opened the driver’s side door and protected the head of the unconscious female speaking to her in an attempt to get a response. PSO Sloan checked for a pulse (that was not found) and performed a finger swipe to ensure no airway blockage. At one point, PSO Sloan was asked to take over chest compressions and did so without hesitation and utilized his CPR training. Both PSO’s directed the EMS units to our location and provided updates to the Denver MegaCenter when needed. With the combined actions of these PSO’s and FPS, lifesaving actions were taken. EMS transported the female to the hospital where the victim later made a recovery. This is a perfect reflection of the professionalism and personal courage needed to get involved in stressful situations. These PSO’s acted under stress and performed lifesaving techniques making all the difference in the outcome of this potential tragedy.

There are no upcoming events at this time.